Non-opioid pain management
In normal pain, pain-sensing signals and responses are triggered by an external or internal stimulus. In chronic pain, these signals can be initiated for unknown reasons. In many cases, pain is a result of inflammation in the body. The first line in pain management is over the counter Non-Steroidal Anti-inflammatory Drugs (NSAIDs) such as Advil and Ibuprofen; followed by opioid analgesics such as Fentanyl, Hydrocodone and morphine.NSAIDs cause damage to Gastrointestinal Tract, the renal system as well as proving to be Hepato-Toxic.

Opioid Medications are addictive, cause nausea/vomiting, itching, respiratory depression among many other adverse events. Psychological and Physiological dependence to opioid drugs is a complex health condition that can take years to treat. Evidence indicates that Cannabis and its derivatives have very beneficial analgesic (Pain-reducing) and antinociceptive [increased pain tolerance] properties that have been found to be useful for an abundance of pain related conditions.

Appetite stimulant & Nausea Relief
When a patient is undergoing Chemotherapy or Radiotherapy treatments, appetite for and intake of food is an ongoing worry. The toxic load of the therapy itself contributes to an overall decline in the want for food, presenting as poor appetite, a lack of appetite, smell and texture induced nausea and vomiting or early satiety. There is little a physician can do to combat this problem. Cannabis i a very well known appetite enhancer, and has proven to be a very effective anti-emetic.

Mood stabilizer/enhancer
It is widely understood that Cannabis enhances ones mood when consumed in any form. There is no denying the unequivocal happiness as an integral part of any cannabis experience. When a patient is suffering a decline in the quality of life whether due to disease process or therapy regimen, happiness is a key part in healing. Struggling with a life-threatening illness or a debilitating condition can result in depression, no matter your age.

"Some patients have found the mood altering effects of marijuana to be helpful for treating mood disorders such as anxiety, depression and bipolar (manic-depressive) illness. Using marijuana to treat mood disorders was described in medical writings in the 19th and early 20th centuries...”

Bill Zimmerman,PhD, Author: Is Marijuana the Right Medicine For You?

Low toxicity
When searching the web and looking through literature for a relevant statistic on the acute toxicity of Cannabis Sativa, I found it nearly impossible. I read through multiple studies discussing the toxicity of this plant; the facts I found were almost humorous-
~“The non-fatal consumption of 3000 mg/kg A THC by the dog and monkey would be comparable to a 154-pound human eating approximately 46 pounds (21 kilograms) of 1%-marihuana or 10 pounds of 5% hashish at one time. In addition, 92 mg/kg THC intravenously produced no fatalities in monkeys. These doses would be comparable to a 154-pound human smoking at one time almost three pounds (1.28 kg) of 1%-marihuana or 250,000 times the usual smoked dose and over a million times the minimal effective dose assuming 50% destruction of the THC by smoking.”
http://druglibrary.net/schaffer/Library/studies/nc/nc1e.htm
Factually speaking, the chances of any human being actually lethally overdosing using Cannabis would be little to none.

Here are six reasons Medical Cannabis should be allowed for children. 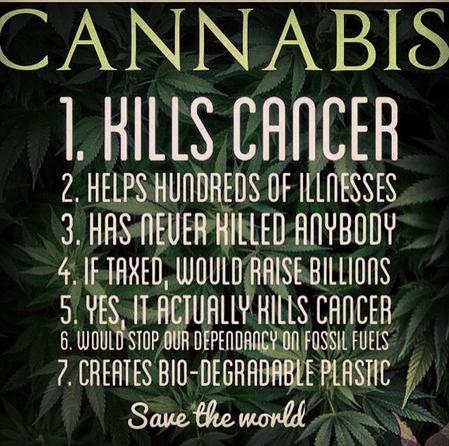 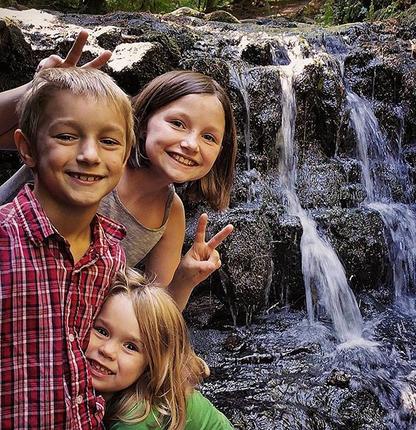 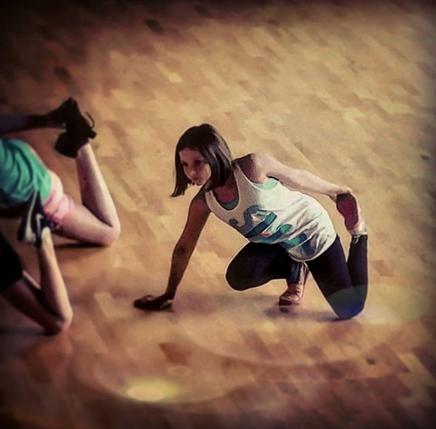 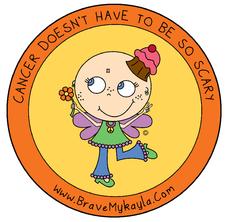 We feel that any critically ill child deserves to have a quality of life equal to their peers or as close to it as possible. Children with Cancer, epilepsy, mitochondrial diseases; Autistic children and many other conditions deserve the chance to feel the whole body benefits of Cannabis. If someone can accept giving their child dangerous pharmaceutical medications every single day; medicine that has many unwanted side effects and addictive properties, then why is it not just as acceptable to start with Cannabis before progressing on to the harsher medicine? Why should this medicine not be available to a child? I have yet to hear a reasonable answer as to why it shouldn’t.
BE BRAVE!

Mykayla's Story has circled the globe, creating a new wind of home for pediatric patients everywhere.

Cannabis Therapy should be a starting point

Cannabis Therapy Does Not Have To Be A Last Resort

Of People Who Want Change

A basic overview on Producing a Full Extract Cannabis oil high in THC.

When the standardized treatments failed her, we chose an alternate path

Doesn't Have to be 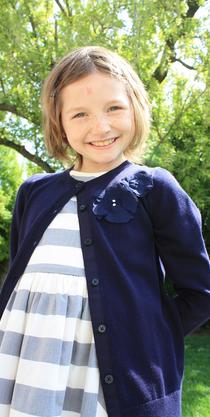 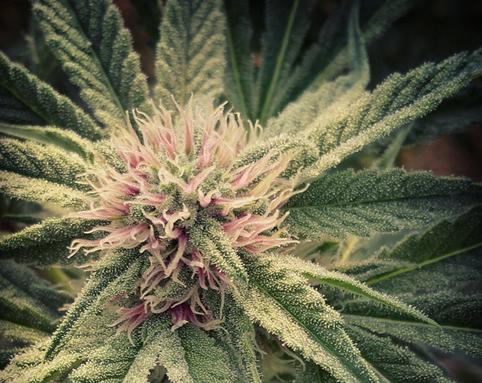 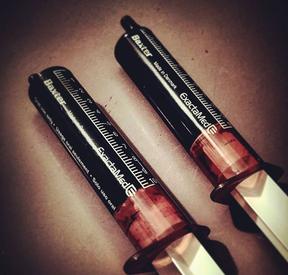 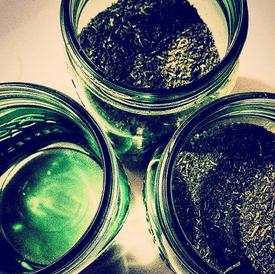 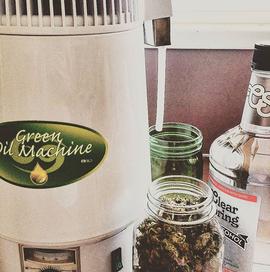 Seizure management/cessation
Epilepsy is a chronic seizure disorder that affects about 2 million Americans and 65 million people worldwide. There are over 150,000 new cases of epilepsy diagnosed annually. The condition is characterized by recurrent sudden attacks of altered consciousness, convulsions, or other motor activity either recurrent or unprovoked. A seizure is the synchronized excitation of large groups of brain cells. Some types of epilepsy are: Dravet's syndrome, Frontal lobe epilepsy, Juvenile myoclonic epilepsy, Lennox-Gastaut syndrome and Temporal lobe epilepsy

Recently the use of primarily high-CBD cannabis and derivatives in the treatment of epileptic children has garnered national media attention. Parents across the country who have grown weary with the medical establishment, with raising and caring for an epileptic child are turning away from western medicine and choosing to break the barriers of stigma that surround Cannabis by experimentally, and successfully treating even the most severe cases of epilepsy in all ages of children.

Summary:
“The mechanisms of the anticonvulsant activity of cannabidiol (CBD) and the central excitation of Δ9-tetrahydrocannabinol (Δ9-THC) were investigated electrophysiologically with conscious, unrestrained cobalt epileptic rats. The well-known antiepileptics, trimethadione (TMO), ethosuximide (ESM), and phenytoin (PHT), were included as reference drugs. Direct measurements were made of spontaneously firing, epileptic potentials from a primary focus on the parietal cortex and convulsions were monitored visually. ESM and TMO decreased the frequency of focal potentials, but PHT and CBD exerted no such effect. Although CBD did not suppress the focal abnormality, it did abolish jaw and limb clonus; in contrast, Δ9-THC markedly increased the frequency of focal potentials, evoked generalized bursts of polyspikes, and produced frank convulsions. 11-OH-Δ9-THC, the major metabolite of Δ9-THC, displayed only one of the excitatory properties of the parent compound: production of bursts of polyspikes. In contrast to Δ9-THC and its 11-OH metabolite, CBD, even in very high doses, did not induce any excitatory effects or convulsions. The present study provides the first evidence that CBD exerts anticonvulsant activity against the motor manifestations of a focal epilepsy, and that the mechanism of the effect may involve a depression of seizure generation or spread in the CNS.”
~ The Influence of Cannabidiol and Δ9-Tetrahydrocannabinol on Cobalt Epilepsy in Rats

Anti-neoplastic agent
There is a great deal of controversy surrounding Cannabis and Cancer. Anecdotal reports as well as current medical and scientific studies show that Cannabis has a high potential in the treatment of many Cancers. In a study done by the Department of Microbiology and Immunology, Medical College of Virginia researchers tested the hypothesis that Cannabis may treat or cure cancer. They used THC to treat human leukemia and lymphoma cell lines and this is what they found:
“Culture of primary acute lymphoblastic leukemia cells with THC in vitro reduced cell viability and induced apoptosis. Together, the current data demonstrate that CB2 cannabinoid receptors expressed on malignancies of the immune system may serve as potential targets for the induction of apoptosis. Also, because CB2 agonists lack psychotropic effects, they may serve as novel anticancer agents to selectively target and kill tumors of immune origin.”
In summary, this study shows undeniable evidence that Cannabis is an effective and non-toxic treatment for leukemia.
The leukemia and lymphoma society provide these statistics:
a.        One person in the United States is diagnosed with a blood cancer approximately every four minutes.
b.       An estimated combined total of 149,990 people in the United States will be diagnosed with leukemia, lymphoma or myeloma in 2013.
c.        New cases of leukemia, lymphoma and myeloma will account for 9 percent of the 1,660,290 new cancer cases diagnosed in the United States this year.
Essentially if one person is diagnosed every four minutes with this severely life-threatening form of cancer, and Cannabis can effectively treat this cancer, wouldn’t it be safe to assume that Cannabis does have medicinal value? Cannabis can save one life every four minutes if it was available as a treatment option. There are studies proving the efficacy of cannabis in the treatment of many other Cancers as well such as: